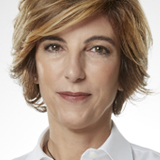 A highly academic dinner, round tables, seated for ages between a striking blonde – who teaches ancient history – and a very unassuming old man with a voice like Woody Allen, who told me: «My passion is doing crossword puzzles.» Meaning “creating them”.  Professorship in linguistics in various capitals, a European authority. Admitting: «But I realise that “glottologo” (linguistic, in Italian) does not sound like a scientist: it sounds like a swear word». I understand this, and to get above the chatter, which suddenly drops, I say in a voice that is too loud: «I am involved in marketing!». And he replies into the silence: «I am mortified, can we do something?». Peals of laughter.

«Yes, you can give me your definition of marketing».

Like children faced with a new game: what does marketing mean?

The linguist: «It is a container vase that grows the value of whatever you put inside it, it begins with an M and ends in -ing, but it’s not a Ming!».

The semiologist: «Its root is in the Latin, the M comes from “merces”, which is the singular of “mercedes”, that does not refer to goods, but the price of goods. From “merces”, the verb “mercor”, I buy and the participle “mercatus”, bought, sold, which becomes the noun: the market, both on an abstract and physical level.  From “mercatus” in Latin we get to “market” in English, and then from market-making we get to the swear word: marketing!».

The philosopher: «The unpronounceable, the unspeakable, the odious: it’s all a marketing operation!»

The blonde historian: «The oldest trade in the world originated in the cradle of civilisation, 3000 years ago, when the Egyptians invented navigation, the Hittites iron, the Sumerians writing and the Lydians money. Then along came the Phoenicians, who “combined” all these opportunities: using the Egyptians’ ships they sold the iron to the Hittites based on contracts using the Sumerians’ alphabet and payment with the Lydians’ money. The Phoenicians were doing the marketing». (Operational marketing, I specified).

The young sociologist: «The truth is that we are all Phoenicians, we are all doing marketing, we want to sell and earn. The same thing happens with communication, but we call it all advertising! An advertising stunt! We label marketing and advertising as negative, even though we resort to using it … ».

Italian scholar (extremely elegant): «I refer to the ultimate chauvinist maxim: all women are p (or b… in English), some of them professionals. In the same way, all companies do marketing, some … ».

European Law: «It’s a war between companies to conquer markets by offering the best products, or knowing how to offer them in the best way».

Oriental languages: «The ability to communicate, to understand the needs and desires of others, and to choose the tools to realise them».

Italian scholar: «I have the final say, bringing Montale into the discussion: it is the word “that can open up worlds”!».

The blonde: «I would never have associated Eugenio Montale with the word “Marketing”».

Linguist/crossword compiler: «Well, they have seven letters out of nine in common… ».

But then I think of my girls, and the work they do with half the world over the telephone, always searching, until they finally find the word that can open up worlds.  And with great conviction, I can say: «Montale is the basis for marketing!».