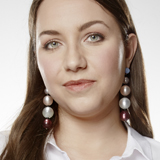 The approaching of the 2017 edition of Vinitaly, the largest wine exhibition in the world, offers the chance to reflect on the state of the Italian wine industry and its opportunities towards foreign markets.

If we look at the 2016 data, we see how the Italian wine industry maintains firm its leadership as a world’s main wine producer in terms of quantity, although, as far as the export value, still remains backward compared to France. At European level, England, Germany and Switzerland reconfirm as the three main markets for Italian wine. In these markets, and in Western Europe in general, however, recent data have shown for a few years a decline in consumption, with a decrease of 0.2% annually.

Changing lifestyles and tastes, anti-alcohol drinking campaigns, and health concerns have affected the overall demand. This decline is not reported in Eastern Europe, where wine consumption is growing. Between 2011 and 2016 several Eastern European markets recorded market growth, such as Romania (0.6% annually), Slovakia (4.9% annually) and Poland (0.3% annually).

New opportunities can be found in those countries as standards of living are improving, wine becomes more widely affordable, consumers get more knowledgeable about wine and wine consumption increases. The lack of significant domestic production has stimulated consumers to try foreign wines. Furthermore, the low presence of wines from the new world, leaves ample space to European and Italian producers.

Exports of Southern European wines increased especially towards Poland and Czech Republic recording annual increases of 9.0% and 1.1% respectively in 2015.

Therefore, importers play a big role in supplying the growing group of wine consumers. Although the Eastern European wine market is still small compared to the Western European markets, wine demand is increasing and will in the near future shift towards higher-quality wines.

These markets may promise middle term opportunities to wine entrepreneurs looking to carve out market segments and broaden its customer portfolio in areas less saturated than traditional markets. Towards Eastern Europe Italy also benefits from its geographical proximity, factor that should not be underestimated.

To keep track of developments in the global wine market and emerging wine destinations for European wines follow the International Organisation of Vine and Wine www.oiv.int.