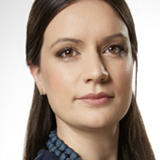 As I grew up, I found myself constantly compared with my sister. Older than me, extroverted and talented, she was always the centre of attention, while I was the reserved, shy, quiet one. Without realizing it, I fell into a role: conscientious, reliable, older than my years, preferring the company of adults to that of my peers.

At university, I began to desire greater independence and, wishing to see something of the world, decided I would spend some time outside of Italy, away from my hometown and my family. With my love of order, fairness, and playing by the rules, I was naturally drawn to Scandinavia, and ended up going to Sweden on an Erasmus program. Here, though 2000 kilometres away, I felt perfectly at home.

When I came back to Italy (which was when I first came into contact with Multi), I finished my degree and began looking for work. After a series of interviews, I found myself in Brussels, working as the assistant to an Italian (female, Sicilian) member of the European Parliament.

This experience, which proved decisive for me, both in a positive and negative sense, came with all the contradictions (idealism on the one hand and expediency on the other) and extremes (a hectic rhythm yet a sense of inertia) that are part and parcel of politics…And, naturally, I found myself working to promote and look after the European interests of an area – Sicily – that was distant from me in every respect.

And yet, thanks to this two-fold “distancing” effect – first studying in Sweden, then later working in Brussels on behalf of Sicily – I began to come to terms with my roots, my hometown, with the place I came from. Experiencing difference helped me to recognize and accept my own identity.

Gradually, the sense of impatience I had felt and that had prompted me to move away – from the people, places, and language – was replaced by a realization not only of the shortcomings, but also of the positive qualities of my homeland, and of the inherited characteristics – taciturn, brusque, and hyperactive – I shared with my fellow Bergamascans.

What came next thus seemed a logical step for me – working to market and promote the place I knew best of all. And so it was that I returned to Bergamo and shortly afterwards joined the MULTI team as a territorial marketing specialist.

My first projects were an established initiative called DimoreDesign, which seeks to create crossovers between historic buildings and the world of design, and an innovative project called Il Sentierino, an urban communication initiative that combined a narrative format with a botanical/architectural installation.

Territorial marketing is not hard to define. Our work essentially is “marking the territory” – except that the goal is not to claim ownership over it, but rather to share the opportunities the territory offers.

There are, at times, corners of our cities and landscapes that – cheapened and diminished by routine – have become invisible to us. Territorial marketing seeks instead to make our historical and cultural heritage accessible and visible, and to promote it in the best possible way, for the benefit of everybody, businesses, institutions, residents and visitors alike.