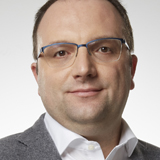 Marketing is the first thing that gets cut, even the name is vague, it doesn’t even seem like an actual job. My grandmother, for example, is convinced that I work as a lawyer. Let’s put aside the word “marketing”, and talk about “common sense”, and all the tangible things we can do to grow a business: looking for new clients, new markets, looking at new products. The real secret of working well is to forget you are a consultant and immerse yourself, becoming the business, just like the doctor that “feels” the illness. You are almost always called on to treat an illness, not for improvement, people come to you as they would a clinic, not a gym. In truth, you can rarely heal with the laying of hands; the only miraculous recipe is to make rational choices and bring your decisions to a conclusion, doing the normal, feasible things that you’ve decided on well. The consultant is the one giving you the shove, which is sometimes uncomfortable, and sometimes involve a question of outlook, or a generational changeover. No-one has time to stop, to reflect, and imagine the scenario in 6 months or a year’s time. Marketing tells you to sit still for a moment, the river always flows here, why not trying to move the dam instead of fixing the embankments every day. Changing vision, highlighting not only the problems, but also the pluses, something that businessmen sometimes take for granted, and don’t work on. There are those that spend a fortune on innovation, and on the other hand, those that are obsessive about margins, with both ignoring the pragmatism of marketing. The real secret is not saying, it’s saying and doing, if you just say and that’s it, no-one puts it into practise, you need to know how to say the strategically correct thing and do it, do the practical thing, get involved in operations, you need to do and to teach, acting like a bridge between the business and the market, become the machine for selling, supporting and overcoming certain blockages. For example: people are fearful of making telephone calls, phoning creates fear, they prefer sending an email, but a telephone call is courage, 50 telephone calls is an initiative, it’s not telemarketing, it is a key to getting to know the market, putting yourself out there; on the other side, there is a procurement manager, receiving your call is their job. The crisis has resulted in two consequences: on the one hand, it emphasises the “nastiness”, arising from stress and aggression; on the other, it’s an incentive for virtuous renewal alternatives. A winning and exemplary move refers to the use of interns, instead of considering them as lowliest level of support, it would be better to ask them to do research, work on the social net, looking for new markets or getting the company known through the web. Sometimes the youngsters coming in as interns bring in new clients, new work, and then become permanent staff, sales or export managers: proof of what someone coming from the outside can do with a new outlook and skills.